Throughout history, world leaders have been assassinated by opposition groups.  While many have been shot, such as John F Kennedy in 1963 and Anwar Sadat in 1981, many leaders and prominent figures were eliminated by the use of deadly poisons.

In 2020, the Coronavirus lead some conspiracy theorists to believe the virus was being used as a coverup to take down world leaders including British Prime Minister Boris Johnson.  Johnson, the Conservative Party leader, became ill and ended up in intensive care.  Conspiracy theories include poisoning with the Coronavirus being used as an official cause of his illness.

One of the earliest known deaths by poison was that of Socrates who was sentenced to die by drinking poisoned hemlock in 399 B.C. 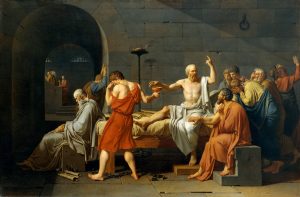 Socrates’s death is described at the end of Plato’s Phaedo, although Plato was not himself present at the execution. As to the veracity of Plato’s account it seems possible he made choice of a number of certain factors perhaps omitting others in the description of the death, as the Phaedo description does not describe progress of the action of the poison in concurrence with modern descriptions. Phaedo states, after drinking the poison, he was instructed to walk around until his legs felt numb. After he lay down, the man who administered the poison pinched his foot; Socrates could no longer feel his legs. The numbness slowly crept up his body until it reached his heart.

Contemporary poisonings include the suspected poisoning death of Russian leader Joseph Stalin. In March of 1953, Stalin’s staff found him semi-conscious.  A few days later he died.

An autopsy revealed he died of a cerebral hemorrhage and that he also suffered from severe damage to his cerebral arteries due to atherosclerosis but many believe he was murdered with the use of poison although no firm evidence has ever appeared. 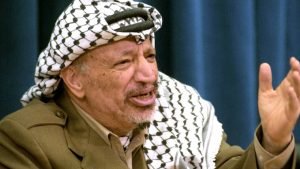 It’s also believed leader of the Palestinian people Yasser Arafat may have been poisoned to death in 2004.  There are many theories to how he died.  Arafat’s personal doctor said he believed Arafat was poisoned, possibly by thallium.  A senior Israeli physician concluded that Arafat died from food poisoning.

Both Israeli and Palestinian officials have denied claims Arafat was poisoned.

On Aggression: What Makes Us Fight?